Day 626 From Beginning To End, This Day Was Destined For Greatness

From Beginning To End, This Day Was Destined For Greatness

Today was destined to be a good day from beginning to end. Dad was coming with me this morning to co-host my morning show and later, going with me to visit mom in Stillwater. We both were up early getting ready for the big day. We sat across from each other, drank coffee, and I enjoyed breakfast—dad passed on the breakfast. It was a very casual morning and if dad was the slightest bit nervous, he didn't show it at all.

The radio show was awesome. We had fun back and forth. In one exchange I asked dad the difference between the weather here and in Alabama, his reply: “Alabama weather has a Southern accent.” It was a packed morning with several in studio and via telephone guest, so every now and then, dad would take a break while I conducted business. Very special show indeed, I enjoyed it immensely!

We left the studio not long after the show and headed downtown. I wanted to introduce dad to the owner of Team Radio, Bill Coleman, and pick up my tuxedo for Saturday night's big stage show. I had a chance to show dad the future studios (we're still about three weeks away from using them), and introduce him to Bill, Wendy and Suzanne. It was also an opportunity to show him the historic and majestic Poncan Theatre. He'll see a bunch of this place tomorrow and Saturday!

I took dad back to the apartment and returned to work after a quick lunch. I hated to just leave him there, but he would be more comfortable than if he were just watching me scramble around the studio getting things produced. It turned out to be a monster production day. I originally told dad that I would return around three pm or a little after...soon, I realized that four-thirty was more likely, and finally it turned out to be nearly six pm before I made it back. It was just one of those busy kind of days, couldn't be helped. I'm taking tomorrow morning off, and we have huge plans over the weekend, so it's all good. Besides, we had a really big night planned!

We didn't spend much time at the apartment, before heading out for dinner at JW Cobbs. I've written about JW's many times, it's one of my favorite places---I just had to take dad there! He liked it too! We decided to take his truck to Stillwater instead of my vehicle—and shortly after dinner, we were on our way!

I'm finding joy in the smallest of things. Like riding in the passengers seat while dad drives. I felt very child-like at first---soaking up the father/son trip South to a 38 year reunion with my mom. Dad didn't seem nervous, but mom was a little. She called during dinner and asked, “are you at JW Cobbs?” Oh, yeah---she loves that place! She was checking to see if we were on the way. I was a little nervous myself. A bunch of time has passed since these two have been around each other---who knows how this would turn out? But I had a feeling it would be good. There weren't any expectations of anything other than a pleasant meeting and visit. It was very simple and pure. This wasn't in any way, shape, or form---a romantic reunion...dad is married, it was just a nice visit.

We pulled into the driveway and before I could get out of the truck, mom came out to greet us. Should I grab the camera? Nah---but I did turn around and see the two of them walking toward each other and hug. That was a very special moment for me---to see that, something I didn't think I would ever see...and there it was right in front of me. We had a wonderful visit, sipping coffee and talking—taking pictures over at grandmas house across the street. After we returned to mom's place, we were up until nearly 1am talking together before dad retired to the guest bedroom and I crashed on mom's couch. Mom also slept in the living room---and we talked as she and I watched television and drifted off. Before I fell asleep---I thought about how strange it felt to have my mom and dad under the same roof. It was only for one night in my life, and who knows, it may never happen again---but I'll cherish that feeling I held tonight forever. It was comforting---this whole visit has given me a renewed spirit about everything---The past, present, and future---It's all very good. I needed to feel that feeling. I really did.

Today makes two days in a row that I didn't do some kind of organized workout, but you know what? I'm cool with that right now. Between the busy schedule and spending precious time with dad, there's no way I can feel the slightest amount of disappointment in myself. My food is perfectly in line with my calorie budget, my head is absolutely straight, and I'm poised for many wonderful days ahead. 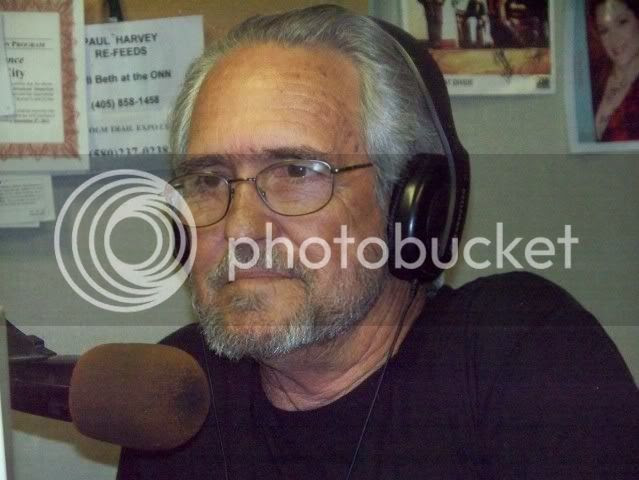 Dad in the studio. He looks pretty dang cool with the headphones, huh? 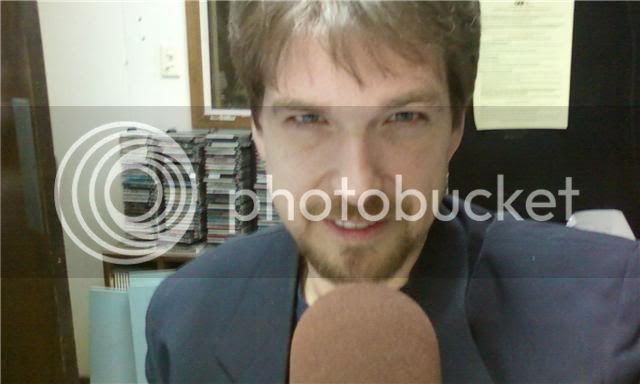 Me behind the mic 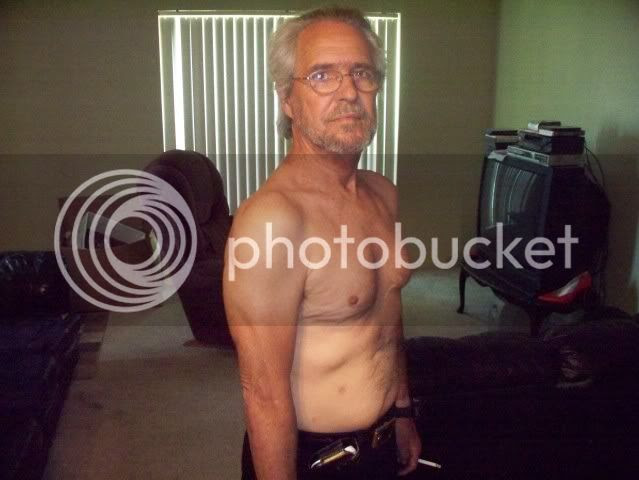 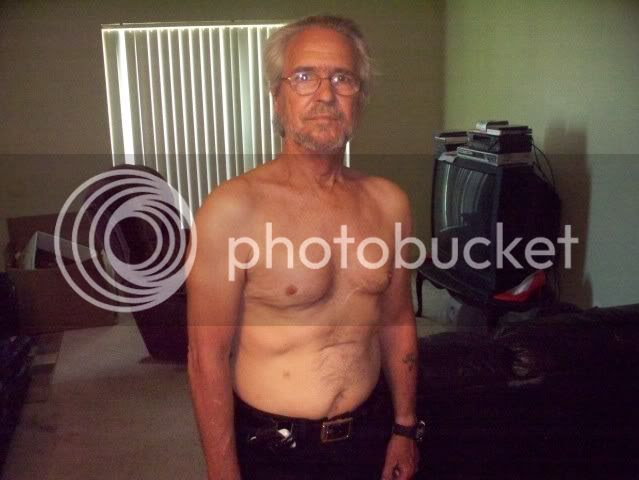 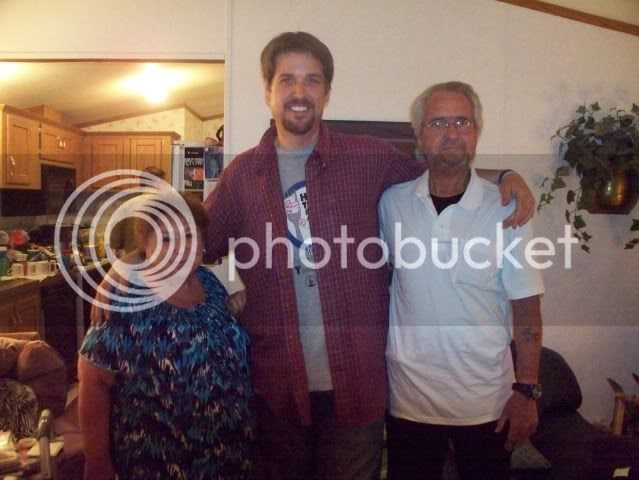