I often give encouraging words to people who just experienced a weigh-in they didn't like. I tell them about the scale and how our bodies can fluctuate with fluid, “there's no way you gained three pounds of fat overnight!” I've written numerous paragraphs about the mental dynamics of the scale and how it can needlessly frustrate if used too much, how weighing should be an event every two weeks or even less often perhaps, not something that we do obsessively, allowing to frustrate, making this journey harder than it needs to be. I write about it, I speak about it to groups, I offer encouraging words one on one to struggling friends and loved ones, but then...I step on the scale for my bi-monthly weigh-in and find: A one pound gain.

Really? But, uh...really? Yeah but---seriously, let me try again, this time with my socks off. I asked the nurse if it would be OK to strip down right there in the middle of the doctors office, and uh---no, apparently it wasn't. People dis-robe at the doctors all the time, this isn't inappropriate, it's medical science. I would gladly swallow my insecurities, weighing naked, if the scale would show me a loss of some kind. But really, that wouldn't be fair—I always weigh with my clothes on. And just so you know that I'm slightly crazy on weigh day, just like 90% of every other person on this road---I always wear the lightest outfit I can find.

Somehow, my advice about weigh day—and all of that stuff, is much easier to understand when I'm offering it to someone else. When I'm the one needing it, oh well---I feel all of the same negative emotions and really feel like telling myself to stick a sock in it. The truth is simple: For whatever reason, it happens. The list of available excuses is long and valid. Too much sodium, missed too many workouts, not enough sleep, blah, blah, blah...Instead of diving into a discussion of why the scale showed 248 today---I'll simply move forward, doing what I know is right and good. I'll re-focus my workout schedule, because really---wow, I've REALLY let it suffer lately.

I'll continue doing well in the food department—perhaps tweaking my approach a little, maybe adding some calories---buying a digital food scale in the name of accuracy, and simply tightening up my approach. I'll increase my water consumption. Wow—How many times have I said that? What is it with me and water? Water is clearly one of the most important elements in a sound weight loss approach and yet, it's been one of my weak spots. Sure, I've lost nearly 260 pounds anyway—but I know my body would seriously appreciate a little more hydration. Anyway, I'm rambling now...

Bottom line: It's all good. Really, you'll find zero complaints here. I'm so dog-gone fortunate that complaining would be sickening to hear or read. But you must allow me to vent every once in a while, after all, I'm only human---and we do that from time to time. It's healthy, right? I mean, as long as we keep a gentle understanding of where we stand in the big picture, and always appreciate and give thanks for the blessings we enjoy...then, yeah...Hey---a year ago today we had a great weigh day, here's an excerpt from June 23rd, 2009:

Today was weigh day! And everybody here lost weight again! It was a wonderful weigh day indeed! Amber lost 4 pounds, Courtney 6 pounds, Irene lost 3 more pounds, and I lost 7 pounds! I weighed in at 322! 322!!! We're just 17 pounds from the 200 pounds lost mark. I've officially lost a total of 183 pounds so far. 183 pounds gone! No wonder Dylan's grandmother asked me “who are you?” I know who I am...I'm that guy I always knew I could be!

We totally rocked the scales that day. That was fun to remember! OK—moving on...

Oh, and about the reference to Dylan's grandmother not recognizing me---It was the most genuine case of an unrecognizable "wow" reaction. Here's an excerpt about that reaction:

I received one of the best compliments so far on this journey tonight. You see, the last time Dylan's grandmother laid eyes on me, I was over 500 pounds. Tonight we made our way into the back yard and before we could get in, she came out to greet us. She was on the phone, so I stood there and waited for her to finish her conversation. She kept looking at me strangely, like something was wrong. It was dusk, maybe she didn't get a good look at me, even though I was right before her eyes. She asked me “who are you?” and I replied “I'm Courtney's Dad, Sean” She just couldn't believe it! She thought I was some stray friend that Courtney and Amber brought over I guess. “Who are you?” I love it! She was expecting that 500 pound guy, not this. That made my day and night!

Another year has passed since then, perhaps I should visit for another swim sometime soon!

Debbie recently asked about what George Foreman grill she should buy. Debbie--You can't go wrong with the big grill. Any size is good, but if you have the bigger version, (and the prices are so low, why not?) then even if you're not cooking for a bunch of people, you can cook extra--and keep the cooked chicken, beef, or whatever, in your fridge. I love mine---and it's the big one, maybe not the biggest actually, but big enough to cook four chicken breast at a time.

I'm starting to come to terms with the idea that my dramatic weight loss may not have been the sleep apnea cure that I thought it was. I've received several e-mails and a comment or two on this topic---and it's really bothering me.

I will sleep a full night without a machine tonight and tomorrow night I'll do the same with an old CPAP machine of mine. If there is a difference, I'll be making a doctors appointment and scheduling a new sleep study. Sleep Apnea isn't something to mess with---it's a killer, and it effects more than just morbidly obese people. I've personally known people who have never been morbidly obese who must use a CPAP every night.

I just really thought I was free of that nightly tether. And maybe I am---but judging from the way I feel lately, I fear I may not be. This is tough to accept. But we'll see...it's OK, if I need it, fine---no big deal. I'd rather feel rested everyday and NOT die young from the potential damage of oxygen depriving sleep apnea. Being tied to a machine every night for the rest of my life doesn't sound too bad when you consider the benefits.

It just felt so good to sleep all night without it---and it was such a major difference from my heaviest, I honestly thought my sleep apnea was 100% weight related...now, I'm not so sure. Hmmm... 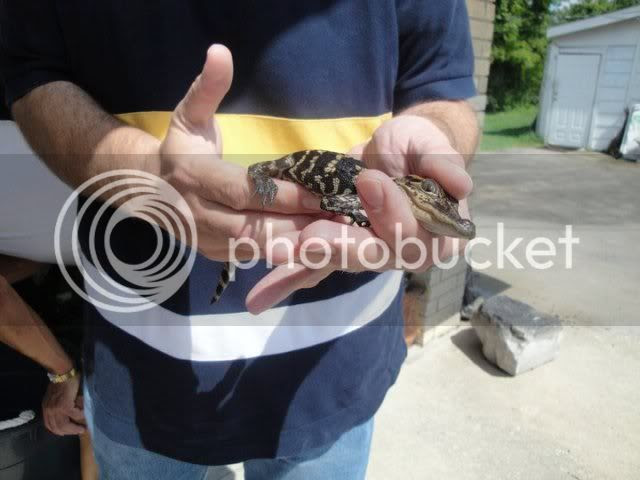 From my recent trip--Me holding a real live alligator! 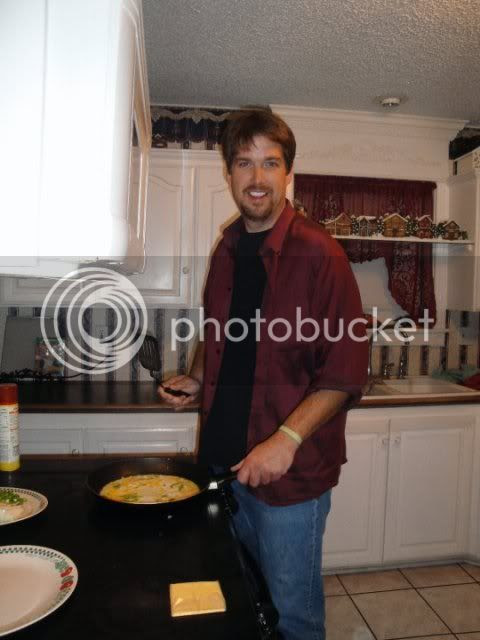 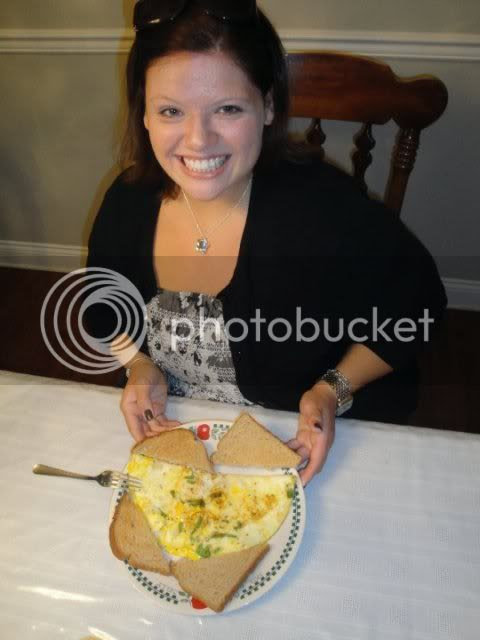 Perfectly beautiful, and the omelet isn't too bad either.... ;)
Posted by Sean Anderson at 1:59 AM