When Mood Isn't Make or Break Anymore and Visiting With Grandma

I was up rather early for a Sunday today. By 8am I was on the floor, preparing the coffee and breakfast, and getting ready to write. It feels good to be at this place along the road. I can remember past attempts where, I never knew what mood I'd wake up feeling. Would I be strong or would I feel that scary instability in my resolve? I don't worry about that anymore. We're far enough along now, that instability has transformed right along with me. That occasional instability once meant all or nothing, success or failure. Now, it simply means the difference between a decent day or a great day. It just takes time and consistency to reach this place. Understanding the mental twist and turns, or at least trying to understand these--is a critical element.

After writing Saturday's blog page, I decided the best thing for me to do was hit the trail. It was early and the Y wasn't open yet. I'm glad I did! It was a beautiful morning to be outside and I wasn't there very long when I ran into a longtime reader who remembers seeing me out there early on this journey. Even though Rod sees the pictures on this blog, he was even more surprised in person. "Your pictures don't do you justice, wow, you're looking incredible." Rod, thank you my friend! Rod is doing very well and looking great too! He's lost nearly 70 pounds, no longer needs his blood pressure medicine and feels better than he did at 50 (he's 60). Isn't that incredible? He's taking charge and doing his very best to seriously extend his life...giving himself some wonderful years of looking and feeling great!

I did a quick 5K. I say "quick" because aside from walking to talk with Rod, I was mostly jogging. I don't jog really fast, just a slow and steady pace. It's mainly just a different motion than walking, picking up the feet a bit. And it's not constant, but I can honestly say I did more jogging than walking today. It was nice out there, and running into Rod was an unexpected joy!

I returned home and took a shower and nap before picking up Irene and Courtney for our trip to Stillwater. Irene and I understand each other perfectly. We get along great and I like to make my girls laugh and smile. It's very nice to get along so well even through difficult times and complicated situations. We've really reached a nice place along this undesirable part of our lives. We both must attend a three hour parenting through divorce class on the 16th. It's very ironic that the 16th is our 21st anniversary. Hmmm....

I knew we were eating out with the family this evening, but I wasn't thrilled that the plan was a pizza buffet. I could have handled it easily, but still. I wanted something better. I suggested a favorite chicken place of ours and everyone easily agreed. No buffet, good!

I enjoyed three chicken breast "chunks," mashed potatoes without gravy, and green beans. I told them to keep the roll. I could have had the gravy and the roll and still been ok with my calorie budget, but I knew we had some birthday cake coming, and I planned on a small piece of cake with grandma. And the cake had buttercream frosting...oooh. I had a very small piece that I was comfortable calling 100 calories. My meal checked in at 400 plus the 100 calorie cake, 500 here, not bad really. It was an enjoyable meal and so good to see grandma so happy and vibrant at 83! I'm so happy that Uncle Keith, Aunt Kelli, and my mom take such good care of her, they really do!

I dropped Irene and Courtney off at Irene's place and headed back to the apartment fairly early. Then I realized something upsetting. I didn't get a picture with grandma!!!! What?? Everyone else did, and I was in the group shot, but I wanted one with just the two of us! I may drive down tomorrow afternoon for a picture!! I just might! Nope, I will. It's decided.

I was in bed before 10pm tonight, unusual for me, but needed! Six hours sleep may not sound like enough, but for me---that's pretty decent. Thank you for reading. Goodnight and... 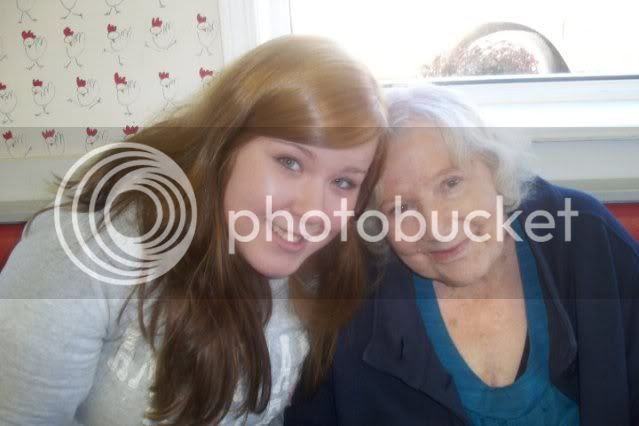 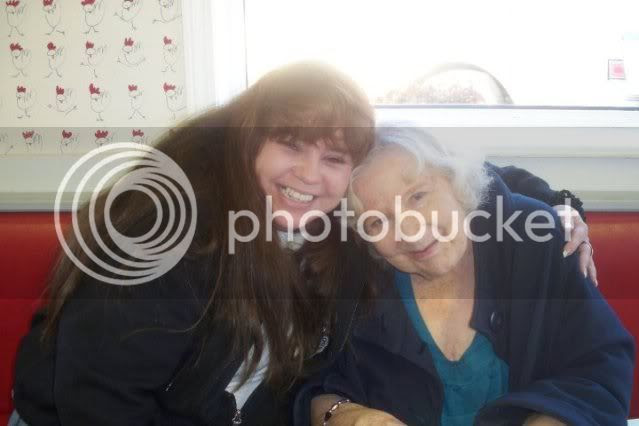 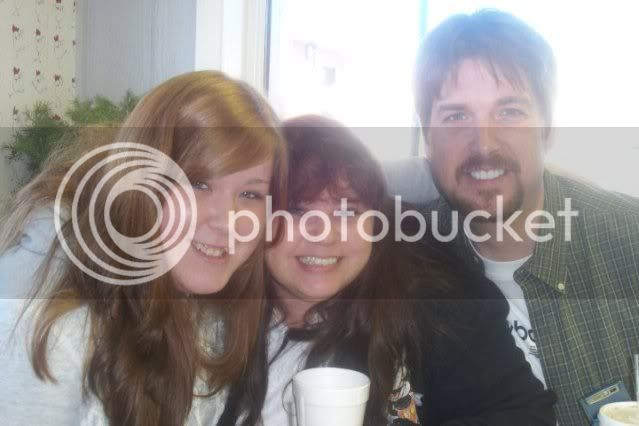 Courtney, Irene, and Me 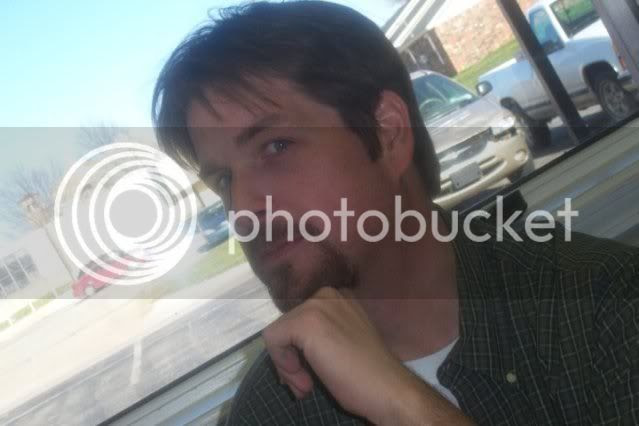 I was just looking normal and then Kelli said, "do something, pose, something different." So I did this silly little look.
Posted by Sean Anderson at 1:59 AM