It's been quite some time since I had a night's rest that good. I slept nine hours straight, woke feeling refreshed and ready for a really good day. This new morning routine of mine really helps set a tone. It seems so small--a glass of water and twenty push-ups, but it's making a significant impact on how I feel, first thing.

This weight loss maintenance mode has turned out to be better than I expected. The last several months in this healthy weight range--and what I'm doing each day in support of it, is proving to be a plan truly suited for me. When it comes to weight loss mode--the words are, "find what works for you," and in maintenance mode it's "find the groove that's sustainable long term." For me, it was determining that maintenance would be only a few degrees away from weight loss mode. Except for the higher calorie budget--it's hard to tell a difference between the two. I'm very grateful.

I tried taking my grandson to see Zootopia today. Kristin joined us for the excursion and was a big help to us. It appeared that he would be okay and really enjoy the experience. About fifteen minutes in, he started to lose interest in the film and gain interest in everything else in the theater. We knew this might happen going in, so it wasn't a surprise. We quietly exited the theater and Noah wasn't the least bit upset to see daylight. You want to go feed the ducks? "Uh huh..." Okay, then, we'll go feed the ducks.

We all fed the ducks and geese, then decided to go to a park--but it was too cool for outdoor play. We opted for the McDonald's PlayPlace instead. 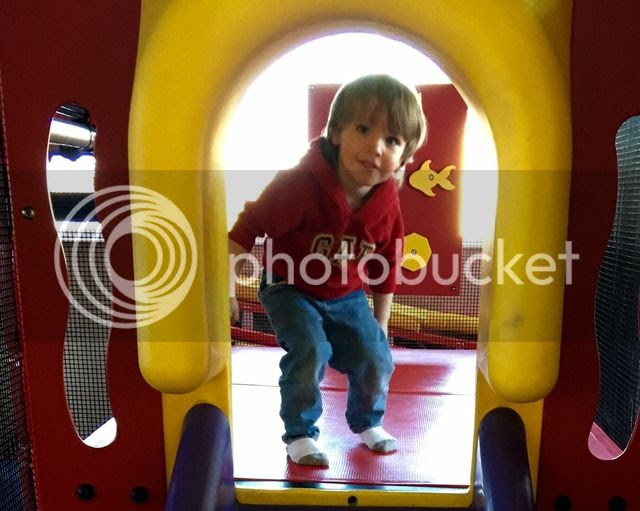 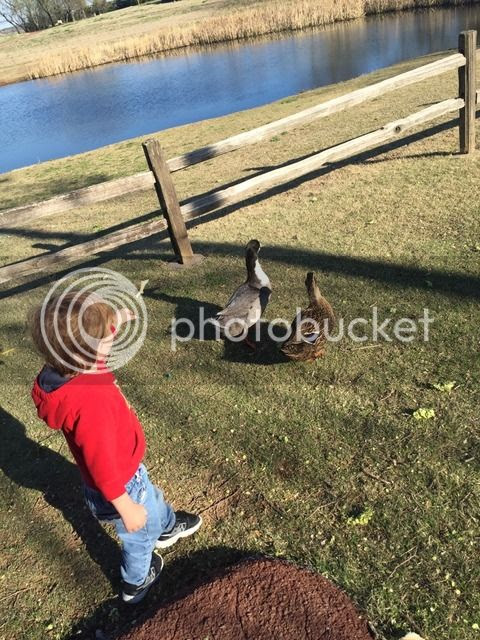 It was a fun outing with my little man.

I'm so glad that I'm in a position to really keep up with him as he grows. If my morbid obesity kept me a mostly inactive father (and it did)--at least I can be a vibrant and active grandfather.

When I honor my plan each day, I'm helping make that happen.

Thank you for reading and your continued support,
Strength,
Sean
Posted by Sean Anderson at 11:34 PM