I'll never forget it. It wasn't necessarily unlike previous experiences, but it was the first big one that came along after the turnaround from relapse/regain started. I was ready to calmly walk into the grocery store, grab a pint or more of ice cream and sneak away, while throwing it all away.

Forget the months and months of abstinence from refined sugar. Forget the weight lost in positive progress since the start of the turnaround from relapse/regain. Forget it all. And remember...

Remember the escape. Remember the enjoyment of blindly investing in false promises of comfort. Remember the taste--the sweetness, the can't get enough--remember the sensation of being taken away from whatever moments created the emotional disturbance in the first place? Would those emotions be erased? Would the situation magically correct itself? Would I feel better?

I suppose, in those moments of medication, so strongly affected, I could pretend the answers were yes. But experience told me, it's no...no, it doesn't fix anything. But maybe--just maybe, I wanted the escape anyway. But the price was too high. The exchange, a lopsided one--if only I could create the rationalizations and muster the enabling thoughts to make me feel better about willingly diving headfirst into chaos.

Dear God, why is this so hard sometimes????

The situation was a familiar one. There's no need for intimate details. It was the fall of 2014 and the realization and pains of inevitable change made itself here and now. It was a gradual ascent to the moment, but still not easy to handle. It was emotional. The details aren't important. What's important to note is the lifetime pattern of dealing with emotions of all varieties and stress of any kind, in the same way; hardly at all.

I would run the other way--quickly, and straight to my substance of choice, and the escape--the numbing of those feelings. The feelings wouldn't go away, of course--but they'd be muted or at least turned way down for a little while--or for as long as I remained in the food.

Much like the desperate fall of 2008 realization that if something didn't change, nothing would change for the better,  I knew--I just knew, I was at a crossroads. One turn led to the ice cream isle, the other to Gerri, whose support was always ready and waiting on the other end of the phone--if, I was willing to reach out. I'm so much more experienced at turning toward the ice cream and comparatively inexperienced in turning toward support.

I almost made the same familiar choice that night. Had I done that--there's a very good chance I wouldn't be sitting here writing this post right now. And that's the hard truth. Because escaping the escape isn't easy, ever.

I usually text first and ask if it's a good time for a call. But this was an emergency. I was on the brink of a meltdown.

I warned those thoughts prior to the call... One more thought about the binge--and I'm telling on you... This inner dialogue was something I learned from Gerri. I look at it as an exercise in awareness. If I can stop long enough to have some inner dialogue--then maybe it'll be just enough time for me to make the next right move.

Gerri and I talked about how I was feeling. We discussed the situation. We discussed the alternatives. The more positive perspective she offered--the stronger I felt. By the time we ended our call, I felt empowered. I suddenly felt like I could face these feelings instead of stuff them, like so many times before. I discovered I wasn't alone.

The value of that phone call is difficult to put a number on. The choices that night quite possibly had life or death consequences. Because we don't know how long we have. We don't know how many chances we'll get along the way. I don't believe in "it's never too late," because I've personally known people who suddenly were gone and it was, too late.

This is why I give what I do the importance level it deserves; that I deserve. Because if I continued rationalizing it away at every twist and turn of life, then life itself would eventually fade away. And I so badly want to live and smile and be strong--and handle emotions and stress in positive and constructive ways--and basically, learn to live, life. 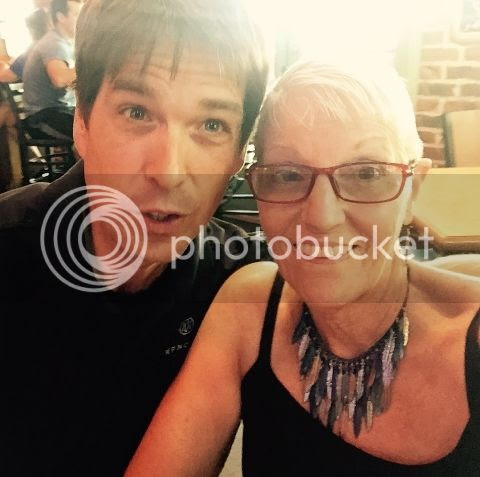 I maintained the integrity of my maintenance calorie budget, I remained abstinent from refined sugar and I exceeded my water goal.

I'll start fresh again in the morning. I hope and pray for another good day, tomorrow.