This certainly isn't what I expected at the doctor's office this morning. 1.2 pounds down. I don't need to lose anymore weight. Perhaps a little more aggressive approach to weight maintenance is needed. It's early and I'm not getting too concerned. I'm bumping it up another 200 calories a day starting tomorrow.

I've never been in this position. I've never weighed, had a loss and thought, "well crud." I can certainly see where this might come off annoying to read-- but seriously, if ever there was a week I thought I would surely see a gain, it was this week. I fully expected a small gain.

I searched the archives from my initial weight loss, hoping to find some words to help--and I didn't find anything. I hit 230 back in November 2010 and it was awesome. I'll never forget it. But here's the deal: I didn't have the same mindset as I do now. I didn't have a solid list of non-negotiable fundamental elements. I mean, really--I posted 5 blog pages in the entire month of November 2010. I was out there experiencing this wonderful feeling of freedom--completely without a net. My accountability system was the blog only--and I clearly wasn't fully committed to maintaining its consistency. I had some support, but not like I have now. I wasn't approaching it from a recovery standpoint, like I do now. So I just didn't get too caught up in the details of it all.

This relaxed approach I embraced back then was a very slippery slope for someone like me. I did maintain fairly well for a year and a half before the relapse/regain period started. So, surely there's something I can use from back there--something...anything?

I stand behind the mental and emotional explorations and epiphanies back then. And the elements too, it wasn't a bad plan. It just wasn't all I needed for long term success.

Do I have all I need now? Only if I maintain the fundamental elements of my recovery--and even then, it's not a guarantee. I'm only as strong as my next choice.

So it's no wonder I'm taking a very careful approach this time around. 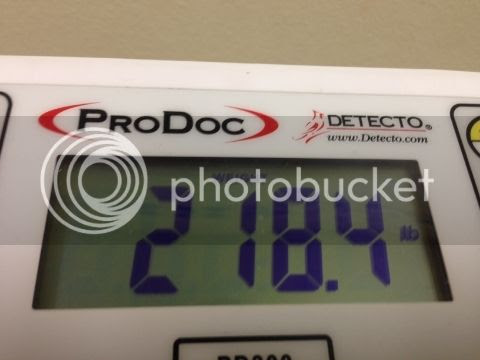 I will add the extra 200 calories per day and I'll weigh again in a week. If I get another loss, then I'll get more aggressive. The key for me is reminding my brain that it's okay. It's perfectly okay to eat more. My body clearly needs more--even if it feels like I eat sufficiently already. What's not okay would be sacrificing my abstinence from sugar and resorting to binge mode. That's not the solution. Given my experience and track record, it's imperative I proceed with well measured caution.
-----------------------------------

I took Noah back to his Nana's house this evening. We stopped at a little fresh-mex fast food place for dinner. I like this little place because I know the ingredients are fresh and I can order things the way I want/need.

Leaving him wasn't easy. He's well cared for and loved there, too--so it's all good. Still, tough. I was missing him as soon as I pulled away. I was feeling exceptionally emotional. He's just the greatest. I love him so much.

I immediately shared how I felt with several of my support team. When emotions swirl, that's when I'm most vulnerable. Instead of eating the feelings, I shared them--and instead of taking a fourth consecutive day of no exercise, (I was seriously contemplating this--simply because I felt off from the emotional challenges). I laced up and took a nice refreshing walk. I didn't jog tonight. Just a good, long, 45 minute walk. It helped tremendously.


Dark roast afternoon cups. One now, one to take back to studio. Each w/2 tblspns half & half. 80 cal. pic.twitter.com/AFbHnFliFa
— Sean Anderson (@SeanAAnderson) August 19, 2015


Taking a walk tonight, close to home. Just a nice walk in the cool air. That will be my exercise tonight.
— Sean Anderson (@SeanAAnderson) August 20, 2015