Today: I maintained the integrity of my maintenance calorie budget, I remained refined sugar-free, I'm just 1 little cup from hitting water goal (I'll do that right before bed), and I stayed connected with excellent support. 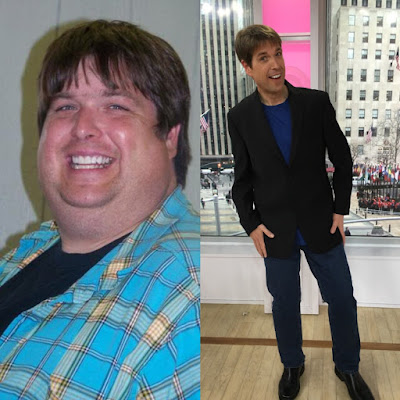 At over 500 pounds, my focus was constantly on the ways my obesity limited me. That intense focus kept me living within those limits. When I started visualizing the possibilities of what could be, suddenly I started dreaming and believing without limits.

I had a productive day! I worked on some personal projects, found time for a short nap this afternoon, and I just returned home from a night out with mom. We enjoyed dinner and a drive all over town. Mom loves to simply ride around looking at people, places, and happenings. As we drove around, we listened to a classic country radio show that airs on my radio station every Sunday night.

Did you know Merle Haggard was in San Quinten prison when Johnny Cash played his first concert there on January 1st, 1958? Merle was in the audience as a 20-year old doing fifteen years for burglary. It would have been easy for Merle to focus on the limitations of his incarceration, but that Johnny Cash concert challenged Merle to visualize the possibilities of what could be--and suddenly all he could focus on was getting paroled and starting a music career. He started dreaming and believing without limits. You probably know the rest of the story. Merle was paroled after two years and went on to become a country music legend. #truestory

#morningdeal is the agreement I keep before coffee- 2 cups water, then 20 push-ups, and 20 squats -then I get coffee. It works well for me! ✅✅✅Done. pic.twitter.com/CEj4yYyjCe
— Sean Anderson (@SeanAAnderson) February 18, 2018

Thank you for reading and your continued support,
Strength,
Sean
Posted by Sean Anderson at 9:57 PM